Sexism is one of the dilemmas that exist worldwide and should be forbidden in all cultures and societies due to its negative impact on the mentalities and on the production level of men and women, yet, it is believed that it still exists even within the most educated and diverse societies in Egypt. Sexism can be defined as any form of discrimination, underestimation, or prejudice against both genders, and is mostly illustrated through language. There are numerous causes of sexism, some that include culture, religion, tradition, stereotypes or stigma. In this project and report, this paper will examine the existence of sexism in the American University in Cairo, and most importantly, unbox sexism through media outlets and future campaigns. According to the facebook page ‘Unboxing Sexism’, created specifically to engage people in our cause, 90% of 31 votes have agreed that sexism remains to exist inside the AUC, whereas only 10% of the 31 votes have voted that sexism does not exist in AUC. Our topic is a crucial topic of investigation, due to the extremely negative impacts that could occur as consequences; furthermore, negative impacts to the mentality or to the productivity of both genders are guaranteed as a result of sexism. In this investigation, women are our target focus, in other words, we are aiming to investigate whether sexism against women in the AUC remains to exist or not. The location is specific as the AUC is one of the most diverse and educated places in  Egypt, yet, the majority as mentioned earlier believe that sexism remains to exist even within such a society.

This section of the report aims to portray all the significant information concerning sexism towards women in Egypt as a whole, in advance of the investigation. According to CAPMAS, the dropout rates of preparatory education in Egypt is somewhat similar for both genders, with a recorded rate of 4.6 for females and 4.4 for males, as of 2014. In terms of the marriage rate for women under the age of twenty, for instance, it has been gradually increasing ever since 2009 until 2014, which is unfortunate. It was also surprising to know that in the participation level in the Egyptian economy, 77.5% are males, whilst the rest are females, as well as the fact that the unemployment rate for both genders massively vary, as the unemployment rate for women is 24, whilst the unemployment rate for men is only 12.8. Such indications could be one of the many reasons why sexism can never end in a country like Egypt.

Bringing more focus to our specific target, the university president, Francis Ricciardone, addressed this problem in an email he sent to the whole AUC community guaranteeing that it is vital to make sure that the campus remains sexism-free. As he wrote, “Any AUCian who has witnessed or experienced instances of any forms of sexual abuse or any form of bullying or discrimination, or who has ideas for how to strengthen our culture of respect and dignity, has the full personal attention and support of the AUC leadership team, for timely, appropriate, and effective action.” These words show how he is concerned and offers support for those who faced discrimination. He encourages the community to speak up, be active about it, and ensures the AUC body that they are supported.

Sadly we have concluded from interviews we have conducted with several girls, we found out that sexism is greatly embedded in our community. It revealed that even AUC, that is highly educated, still discriminates between men and women and treats women as inferiors. They are judged by their clothes, by their intellect, and by their looks. Till today in 2018 and in one of the highly respected institutes, women are still discriminated against to study engineering. Women are still stereotyped as they belong only in the kitchen and as housewives. Awareness about this social problem must be spread out. Women should be encouraged to report sexist behaviors and to fight for their rights to put an end to it. Basic human values as respect should be taught and stressed on to live in a world full of gender equality and high standards of ethics. Our message is to encourage women to “unbox” sexism; to reveal it, report it, and fight against it.

This podcast reveals confession of AUCian girls thoughts on Sexism:

Check out our facebook page “Unboxing Sexism” on https://www.facebook.com/unboxsexism/ 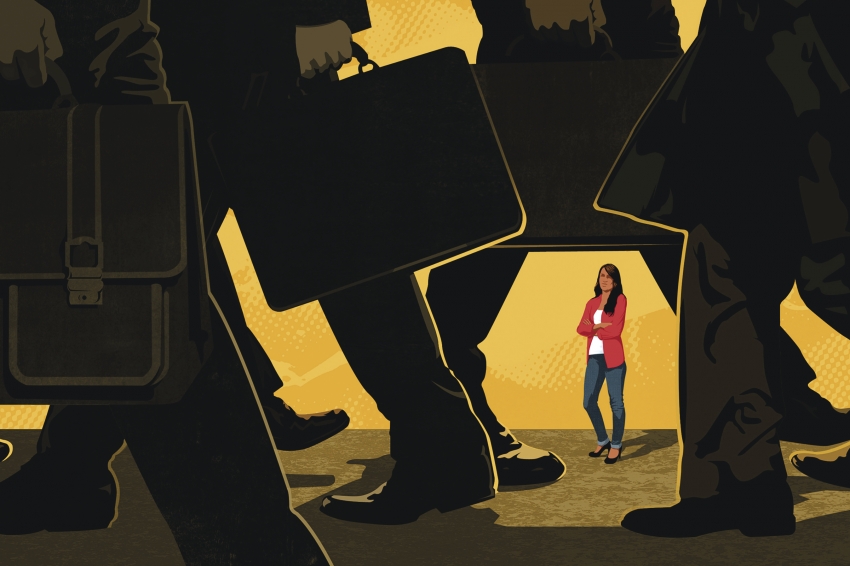 View all posts by mernakostandy